10th April, 2020. I'm sat putting this together in advance of my 1 form of daily government sanctioned outdoor exercise, due to the nation being on a lockdown as the world copes with a virus pandemic. Step back a few months, who is anyone to suggest, that soon, they would be living in an era where being in close proximity to a fellow being could prove fatal? Being instructed when and how to clean our hands (?!) and that driving to the shops would seem novelty? The feeling is unimaginable. This is our new norm.

We’re now entering our 3rd week of the lockdown and with numbers still high, in the U.K (see below), there’s still no evidence of predicting when we will see the light at the end of the tunnel. 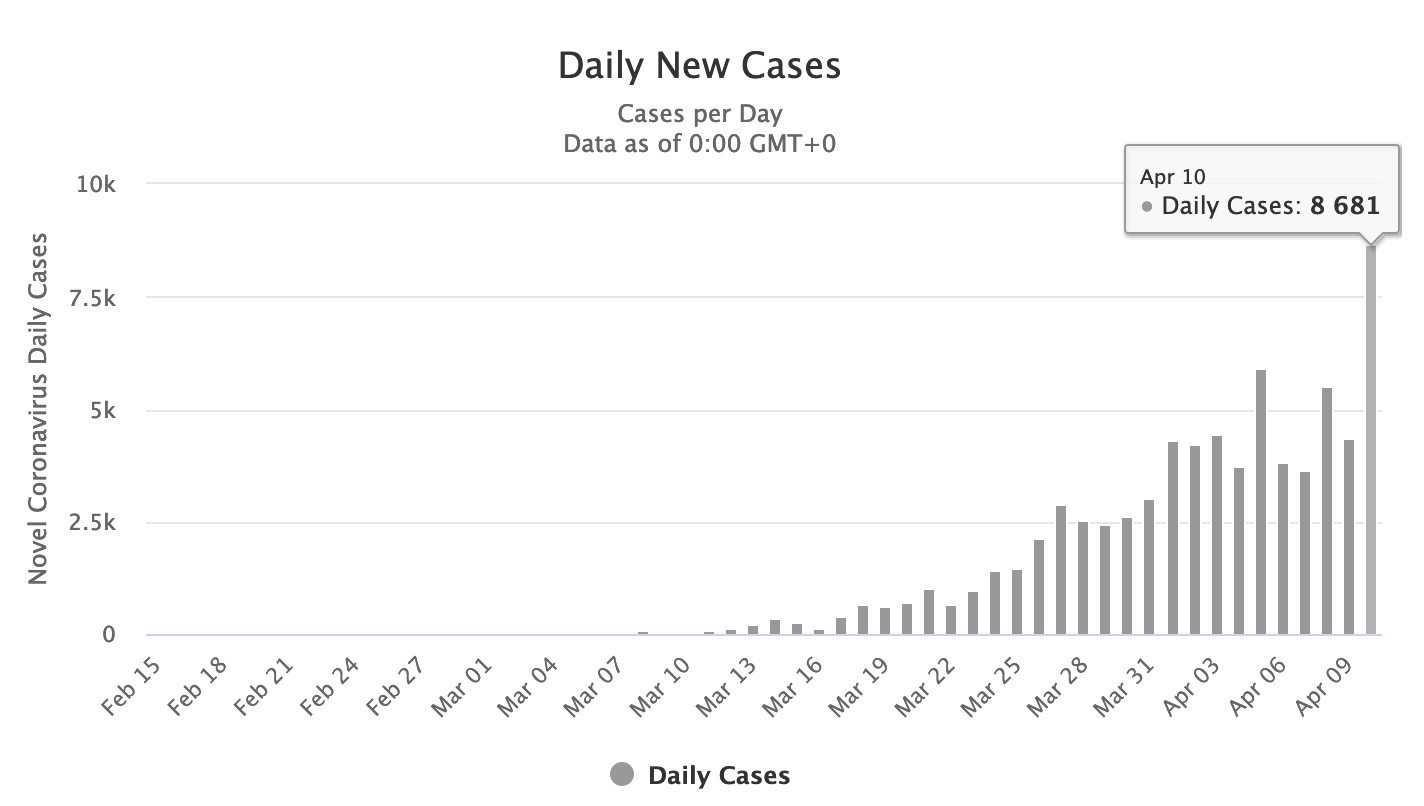 For now, we live the best we can within our limitations. We stand on our door steps every week clapping in support for the NHS and other key workers while in the meantime, people continue to flaunt the rules that’s been imposed by our Government to help prevent the spread of the virus and help protect others, the nhs and the old and most vulnerable (as we’re continually reminded).
Though, the old, at least from what I’ve witnessed, are amongst those that are flaunting so I’m not totally convinced this is working...

The reality of it

Both Hannah and I have been fortunate in that we’ve been able to retain our employment status and have the luxury of a nice garden and home, where I’ve been able to continue working from and since the Schools closed, my partner is on extended leave. Our kids, aged 9 and 15 both love not being at School though our eldest sadly won’t be sitting his final exams, which were due in May/June. Never did I think he would miss such an important aspect in his education.

Outside of work, life continues on in the confides of our own 4 walls. Keeping ourselves entertained and busy especially more so now that we’ve had several exciting trips planned for this year cancelled due to the pandemic.
To think what life was like for us last year compared to now.
While these are unfortunate times, we’re doing remarkably well and appreciating all being together for such long stretches of time.

On a personal note (and as some of you who follow me may of already noticed) as keeping both mentally and physically healthy is a challenge during these times, I decided to start a #LockdownRunChallenge. 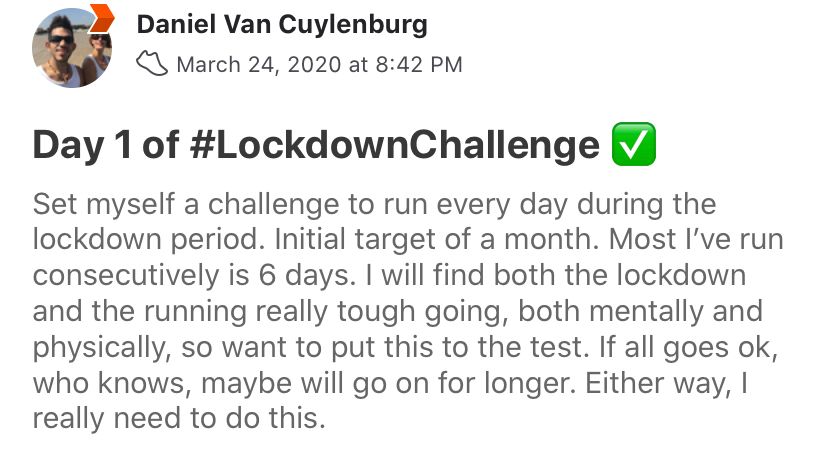 This started on the 24th March and the original idea was to keep it going for however long the lockdown ends. Given now that the end still doesn't look likely for quite sometime, it isn't viable to continue it for too much longer. Especially considering how far along I’ve been doing it already. So I’m looking at ending it after a month. But we’ll see come the time. Whatever comes of it, I’ve already beaten my previous P.B so this has been a resounding success either way and I’m reaping the health benefits from it.

No matter where we are, we are all living in completely bizarre times but the good thing about it is that we overcome this as one. As a unit and we’ll come out stronger than we were before. With lessons learnt (hopefully).

In time, we can look back on it all and take pride in what we went through and maybe we’ll be more appreciative of what we didn’t have / able to do then and can now.

Let me know in the comments below of your experiences so far.