As part of my ongoing commitment to being more transparent, I thought it would be useful for other creatives to see the tools and hardware I use on a daily basis. 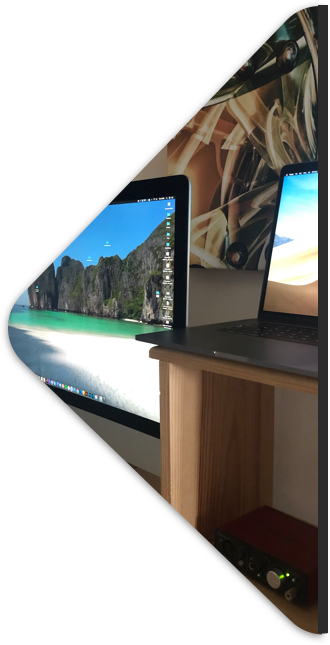 I use Safari reading list quite extensively between mobile and desktop as it’s the best native experience when you’re in the apple eco. So I use Safari for general reading and surfing. My primary development browser for css/html, is Firefox Developer Edition and for JavaScript dev, Google Chrome Canary. I've found that this is the best all round method, for the tools each offer and what they’re best at. Obvsiously, I use as many browsers as possible for testing. Chrome plugins, I use FontFinder, Save to pocket, ReactJS & VueJS DevTools, Minimo, JSON Viewer, CSS Feature Toggles, Apollo Client Dev Tools and the Accessibility Insights tools. On Firefox, the only ones I have are again, the React and VueJS Dev tools. Firefox has so many tools baked in, there’s not much need to extend it.

I started off designing for the web in Fireworks for years before it became obsolete, so I then moved over to illustrator before going to Sketch. It’s the best tool imho for web design since the Fireworks days. I’m also going to see what Adobe XD is like and Framer. Which seems particularly good for using along side React development work. Could be that Framer becomes my go to design tool. I also use illustrator CC and small bits of photoshop CC from time to time.

I come from a Sublime text background, primarily then went to Atom but found that to be too memory intensive so switched over to Visual Studio Code. Check out my settings and the extensions to see how I have things configured. I use the Night Owl theme by Sarah Drasner and my font of choice is FiraFlott.

My personal primary goto stack is HTML5, Styled Components, React, GatsbyJS, GraphQL, Sanity.io, Github and Netlify, Surge or Now. I’m taking a course on Apollo Client, GraphQL Yoga, Prisma and NextJS and so that will be my Stack for Server related React work. In my day job, I use Sketch, HTML5, CSS/SASS/LESS JQuery/Vanilla JS and Craft CMS. 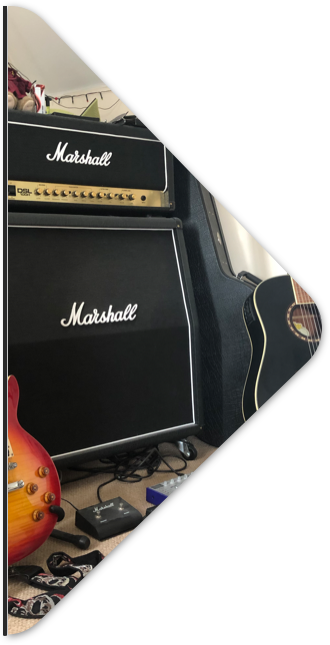 I use Tweetbot for Mac and iOS for my main timeline (mainly because of the realtime syncing between mobile and desktop) and Tweetdeck on desktop for all other timelines. Alfred App is my go to for launching apps. A mix of Notion / Apple Notes and Apple Reminders app for all my organisational needs and I’ve been trialling GitSpeek by the guys over at Lambda for managing my repos more easily. My go to news feed app is still the long standing Reeder. Skype, Discord, Slack and Spectrum are my communication tools. Music wise, I am subscribed to both Spotify and Apple Music. I primarily use Spotify, but use Apple Music mostly on my Apple watch.

I use a Focusrite Scarlet Solo which I plug my jack into through to a USB port which I then am able to use Garageband with. I have 2 main amplifiers. A 50w Marshall MG50FX which I use with my Washburn HD10SCEB Elec Acoustic. My other amplifier, which I use with my Ephiphone Les Paul Sunburst is a 100w DSL 100H Mashall head sat ontop of a half stack Vintage 1960a cab. Effects wise, I use a Korg AX10G multi effects unit and an Original CryBaby wah pedal.

I’ve been primarily using iTerm2 with a few customisations here n there for the colours and fonts. I’ve also been trialling Hyper by the folks over at Zeit.co. It’s a little resource heavy but I’m loving just about everything with it, so I’ll likely move over to that in the near future.

I own a Series 3 Apple Watch and an iPhone 11. My main personal work horse is a 27” iMac 5k Retina with 40gigs of RAM with a Magic Mouse 2 and Magic Keyboard. Pretty standard setup. For my day job, I use a 2017 15” Retina space grey MacBook Pro with 16gigs of ram and touch bar.